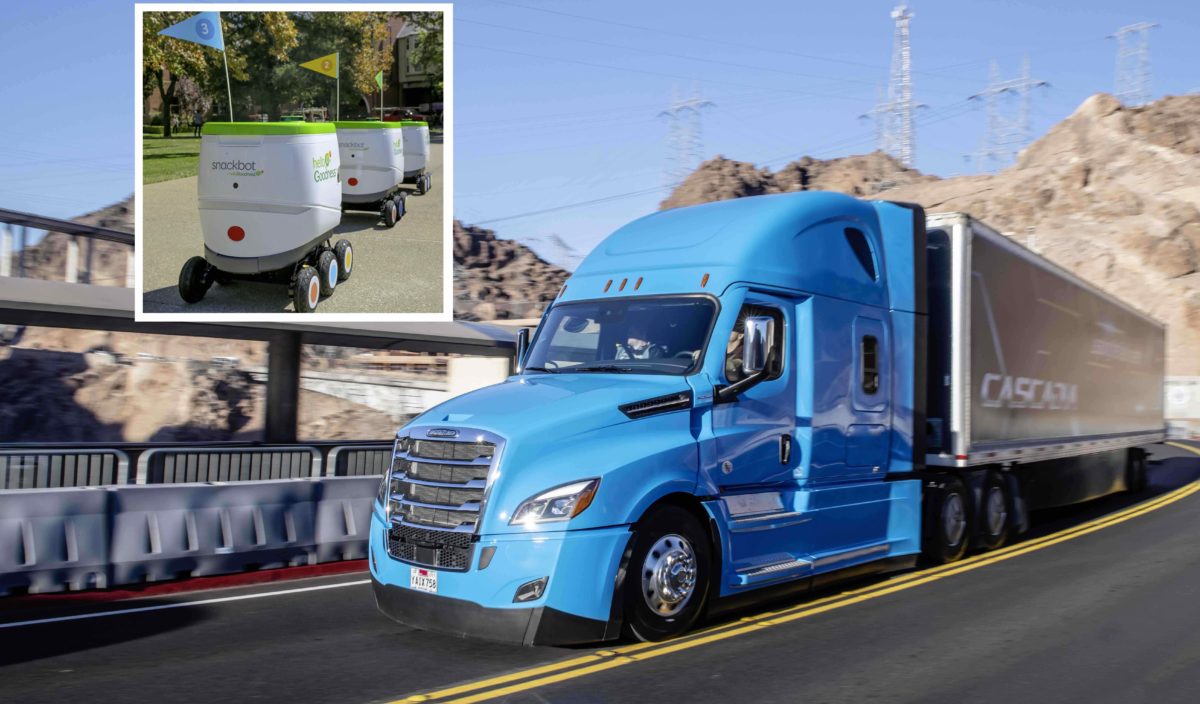 Here at Cars of the Future we focus mainly on, er, cars… but when predicting how mobility might look by mid-century there are other driverless vehicles to consider.

Sky News reported last year on what it billed as the first self-driving motorbike, developed by British engineer Torquil Ross-Martin of AutoRd.

“A computer can do a better job than a human can because it is always concentrating,” he said. “When commuting you’re not necessarily completely focussed on what you are doing. You’re thinking about what you are going to do when you get to the office or whether you’re running late. That’s where the bike will improve the safety for commuters.”

Motor Cycle News (MCN) quoted BMW’s safety expert, Stefan Hans, as saying: “We can shift gears, we can steer the bike, but the fully automatic motorcycle is not our goal.

“Safety is one of the main things that stops people riding motorcycles. If we look at the last 20 years, deaths in cars have gone down by 73%, while deaths on bikes only gone down by 38%. Cars now can intervene before something dangerous happens and we need to learn more about motorcycles to help riders avoid getting in a critical situation.”

So, self-driving bikes are getting there, but many still tip the commercial vehicle (CV) sector to lead the way in driverless motoring.

“Automating acceleration, deceleration, and steering reduces the chance for human error, mitigates collisions, and can potentially save lives,” said a Daimler statement.

Perhaps surprisingly, given the attention lavished on driverless cars and platooning trucks, they could all get beaten to the punch by self-driving delivery robots.

These are already pootling about in the real-world. For instance, in collaboration with Robby Technologies, PepsiCo’s Hello Goodness ‘snackbots’ serve hungry college students in Stockton, California.

Amazon is also getting in on the act, using a compact self-driving vehicle called the Scout to make deliveries in Washington’s Snohomish County. The retail giant created this video to show its new walking-pace ‘delivery solution’ in action:

With the ground getting crowded it might be quicker to take to the sky, so Boeing is working on an on-demand autonomous flying taxi.

“In one year, we have progressed from a conceptual design to a flying prototype,” said Boeing’s chief technology officer, Greg Hyslop.