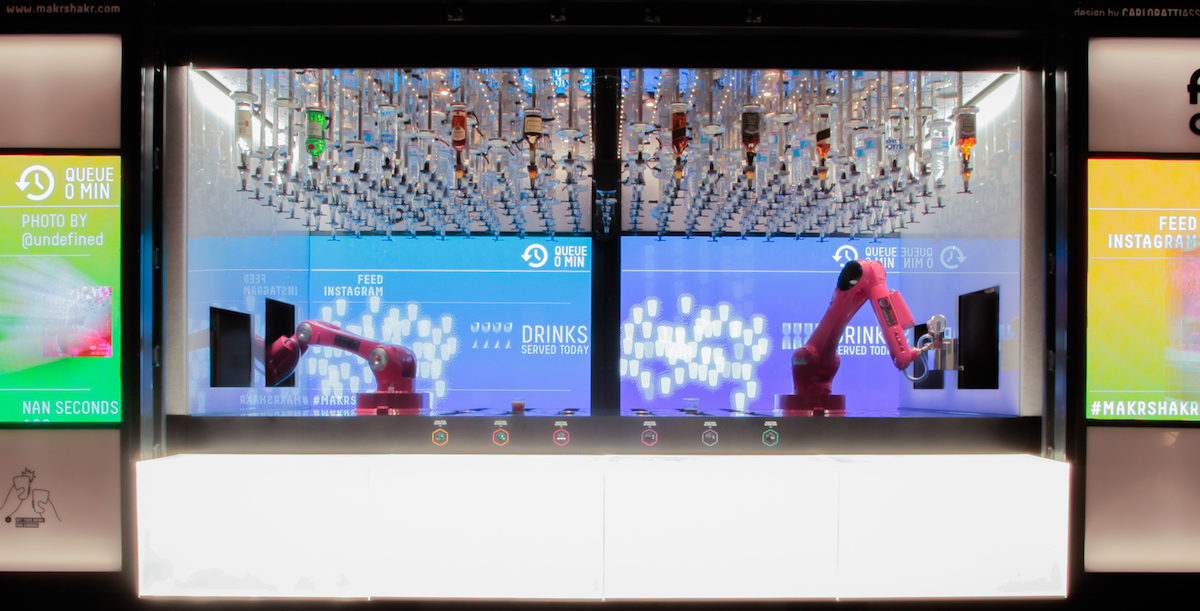 Being able to have a beverage and leave the car in charge of the journey home is often cited (mainly by people in the pub) as one of the key benefits of driverless tech.

However, according to a report in the Standard, Huawei – the Chinese company best known for its phones – is designing cabin software which can spot if the owner is drunk and call the police.

The reason? Being drunk in charge of a vehicle, even if not driving, is an offence. There’s also a concern about override functions.

The system will compare the driver’s expressions, gestures and speech with archive footage, as well as checking for suspicious items such as open bottles.

Opinion will presumably be divided as to whether this is a clever safety innovation or an unnecessary invasion of privacy.

In another alcohol-related development, Makr Shakr – the company famous for using robotic arms to make cocktails – has combined this concept with an autonomous driving pod.

Digital Trends describes the result as a self-driving robot bartender, basically a mobile bar which you could summon via a smartphone app. Mojitos all round!