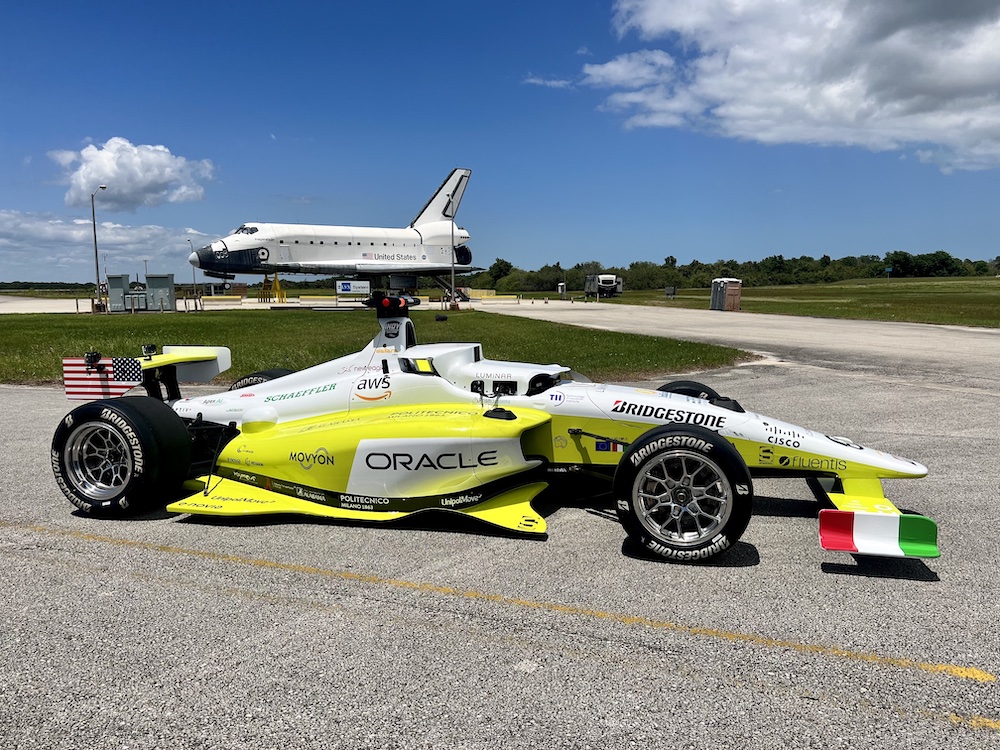 On 27 April 2022, the PoliMOVE car, developed by The Politecnico university in Milan, set a new world speed record for a self-driving vehicle, an impressive 192.2mph (309.3kph).

The feat was achieved on the famous Space Shuttle landing runway at NASA’s Kennedy Space Center in Cape Canaveral, Florida.

As is customary for such attempts, the new mark was the average speed achieved across two consecutive 1km runs in opposite directions, to mitigate the effects of any tailwind.

The previous day, PoliMOVE had beaten the previous record of 175.49mph (282.42kph), held by Roborace, but the team were confident they could go faster.

The Politecnico team were invited to use the iconic Space Shuttle straight following their hard-won victory at the Indy Autonomous Challenge in January.

There, PoliMOVE reached 172.9mph (278.4kph) at the Las Vegas Motor Speedway, beating teams from six other universities to claim the $150k top prize.

To ensure an even playing field, all Indy Autonomous Challenge teams used the same model racecar – a Dallara AV-21 – with each adding their own software.

“We were running a car operating on algorithms alone, where precision is paramount, and any small prediction error could have created a completely different outcome.

“This test run was exhilarating, and we are thrilled with the world record, but we’re also excited by the fact that this data will be made available to all, and the industry will benefit from our work.”

Politecnico di Milano specialises in engineering and industrial design, with many courses taught in English.

The Politecnico research group, led by Prof. Savaresi, has been studying automatic controls on everything from electric bicycles to tractors for over 20 years.

This week, the PoliMOVE team moved on to the Atlanta Motor Speedway for further high-speed testing…  this time involving turning! We await the results with interest.