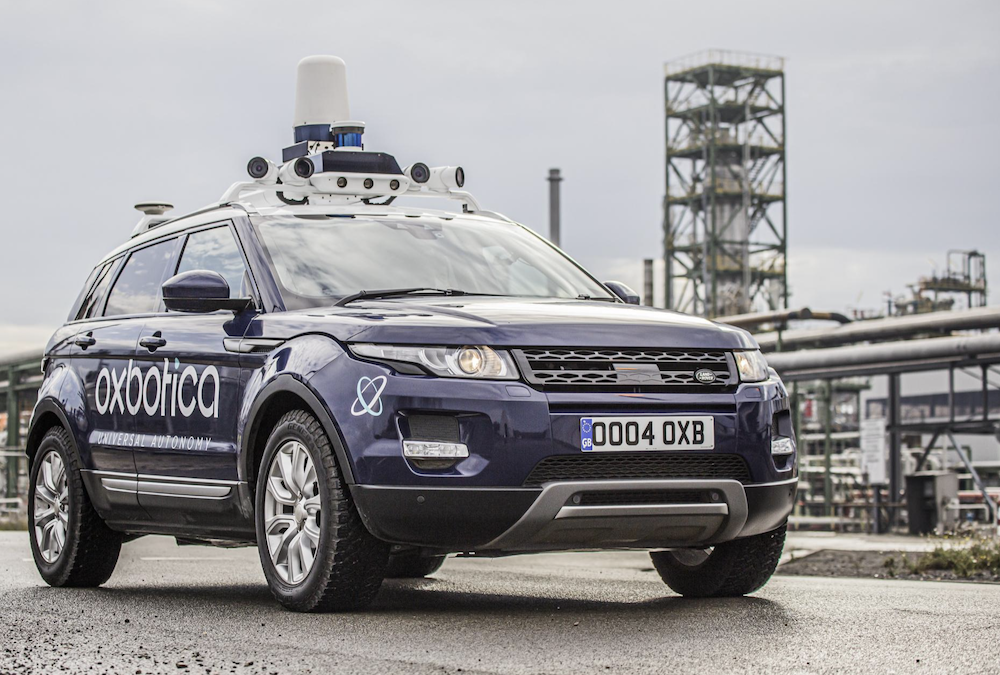 As accusations of slow progress fly, the UK self-driving industry is accelerating.

There’s a lot of talk about the shift to autonomous vehicles slowing. Indeed, the question “Why has the driverless car revolution stalled?” was posed in preparation for the upcoming Reuters Automotive 2021 event [at which yours truly is moderating the AV session – sorry, shameless plug!].

In the UK, a good barometer of such things is Oxford-based Oxbotica, and they’ve made several significant announcements recently.

Back in January, we reported on the Oxford University spin-out securing huge BP investment, with CEO, Ozgur Tohumcu, teasing “exciting deals in the pipeline”.

Oxbotica Co-founder and CTO, Professor Paul Newman, was lavish in his praise for ‘Ozo’, saying on LinkedIn: “A chunk of everything we do will always be because of what you made these past few years.”

One major goal was swiftly achieved: offering public AV passenger rides in the UK. Oxbotica was instrumental in this long-awaited milestone, providing the software for Project Endeavour’s well-publicised road trials in Birmingham and London.

Oxbotica therefore became the first company to have its safety case assessed against these stringent new requirements.

In Greenwich, six modified Ford Mondeos were deployed on a five-mile route to help transport planners and local authorities understand how autonomy can fill mobility gaps and play a role in the long-term sustainability of cities.

Dr Graeme Smith, Senior Vice President (SVP) at Oxbotica and Director of Project Endeavour, said: “This is a one-of-a-kind research project that is allowing us to learn about the challenges of deploying autonomous vehicles in multiple cities across the UK – a key part of being able to deploy services safely and at scale.

“So far, it has been a real collaborative effort, bringing everyone into the discussion, from local authorities to road safety groups, transport providers and, most importantly, the general public.”

Not everyone was convinced, however. My London carried this barbed comment from local Stephen McKenna: “What’s the purpose it’s filling that we don’t already have?” Clearly, the industry still has work to do on the public perception front.

Impressive new products can only help and, in May, Oxbotica and Navtech Radar launched Terran360, “the world’s first all-weather radar localisation solution for industrial autonomous vehicles”.

This pioneering technology is apparently accurate to 10cm on any vehicle, in any environment, up to 75mph. It has been comprehensively tested in industrial settings, on roads, railways and for marine use.

Phil Avery, Managing Director at Navtech, said: “Thanks to decades of experience in delivering radar solutions for safety and mission critical applications, and together with Oxbotica’s world-leading autonomy software platform, Terran360 is trusted to answer the fundamental question for autonomous vehicles: “Where am I?”, everywhere, every time.”

If that weren’t enough, outside of the UK, Oxbotica has deepened its partnership with BP by running an AV trial at its Lingen refinery in Germany.

Described as “a world-first in the energy sector”, BP now aims to deploy its first AV for monitoring operations at the site by the end of the year.

Morag Watson, SVP for digital science and engineering at BP, said: “This relationship is an important example of how BP is leveraging automation and digital technology that we believe can improve safety, increase efficiency and decrease carbon emissions in support of our net zero ambition.”

So much for AV progress stalling!