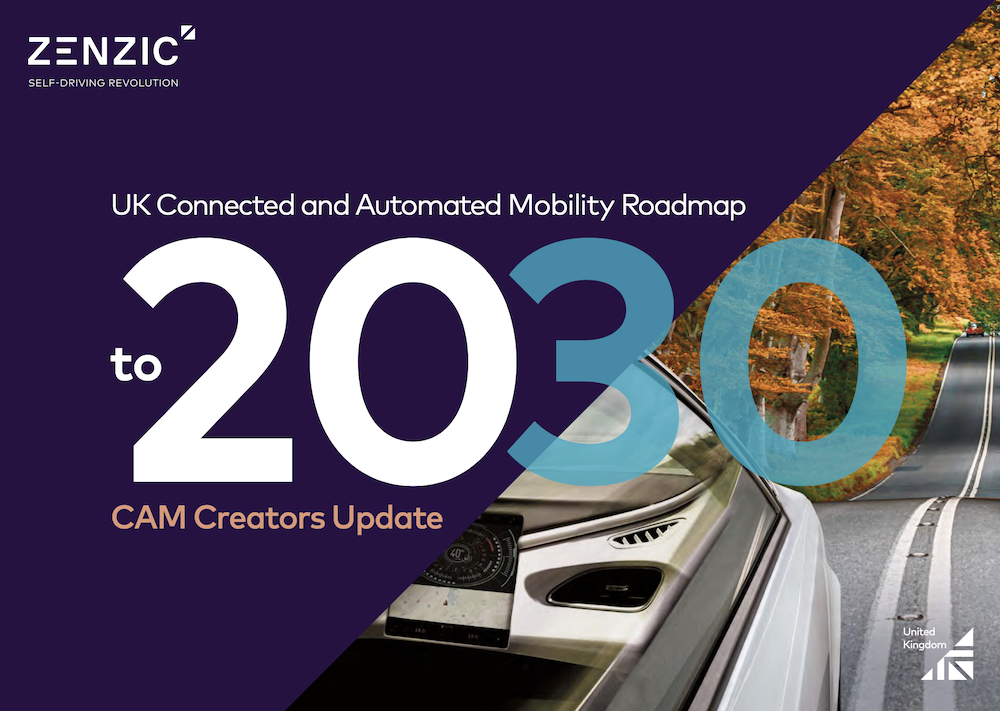 Aside from recognising Cars of the Future as a CAM Creator, Zenzic’s new Roadmap features other notable developments…

On Tuesday 20 October 2020, Zenzic unveiled the latest (second) version of its UK Connected and Automated Mobility Roadmap to 2030.

Bringing together government, industry and academia, Zenzic is tasked with establishing the UK as a world leader in self-driving.

Aside from the headline news that Cars of the Future was recognised as an official CAM Creator (sorry, had to get that in), there were notable developments in relation to regulation, safety and public perception.

During a virtual launch event (due to the ongoing Covid plague), Daniel Ruiz, CEO of Zenzic, outlined the “phenomenal progress” made in the 12 months since the launch of the first Roadmap. For instance, the fact that the first self-driving vehicle testing safety standards milestone is on track to be reached by end of this year.

He also highlighted the increased support for local governments on connected vehicles and emphasised the “need to continue to invest”.

Ruiz then handed over to Mark Cracknell, head of technology at Zenzic and architect of the Roadmap, who praised the UK’s collaborative approach over that of other countries where tech companies push the agenda.

“The Roadmap details the route to delivering the vision,” he said. “We are only one year into a 10 year plan and we are in a great position, with activity and progress reflected in the real world.”

Cracknell then joined a panel discussion, moderated by Alex Kreetzer of Auto Futures, with Imogen Pierce, head of experience strategy at Arrival (formerly of Jaguar), and Dr Richard Fairchild, operations director at Aurrigo. Given the participants, it understandably focussed on mobility as a service (MAAS) and first and last mile transport solutions.

It was unfortunate that this event coincided with Bauer’s Virtual Smart Transport Conference. Surely the driverless highway is not yet so congested that organisations have to tread on each other’s toes?

Anyway, if you’d like to explore the new Roadmap, you are very welcome to do so here.