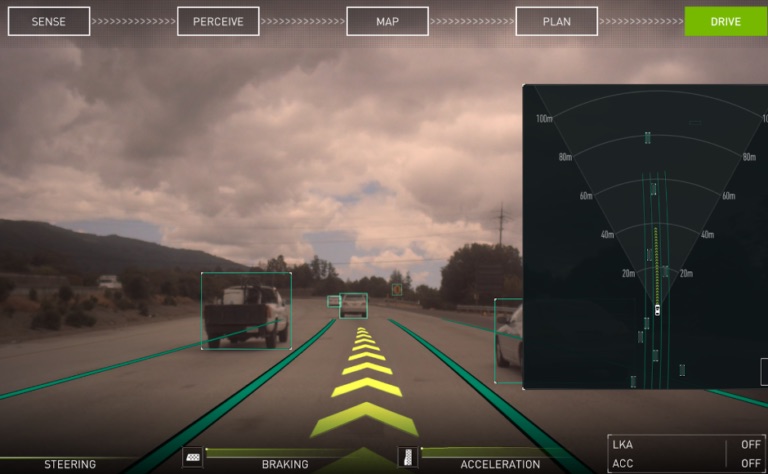 Having made its name in gaming graphics, it should come as no surprise that Nvidia has created an autonomous vehicle (AV) simulator – a computer platform which enables developers to design a near-infinite variety of conditions and scenarios for driverless cars.

The US tech giant (which already has links with manufacturers including Audi, Mercedes, Tesla, Toyota, Volvo and VW) says its new Drive Constellation will help the global automotive industry to drive billions of test miles safely in virtual reality.

In another notable move, Nvidia recently announced a joint initiative with the government of Luxembourg to create a national artificial intelligence (AI) laboratory.

“Luxembourg is nurturing a pan-European innovation ecosystem,” said Prime Minister Xavier Bettel. “This cooperation is big news for our local innovators, and our country is proud to be the first European country to create an AI partnership with Nvidia.”