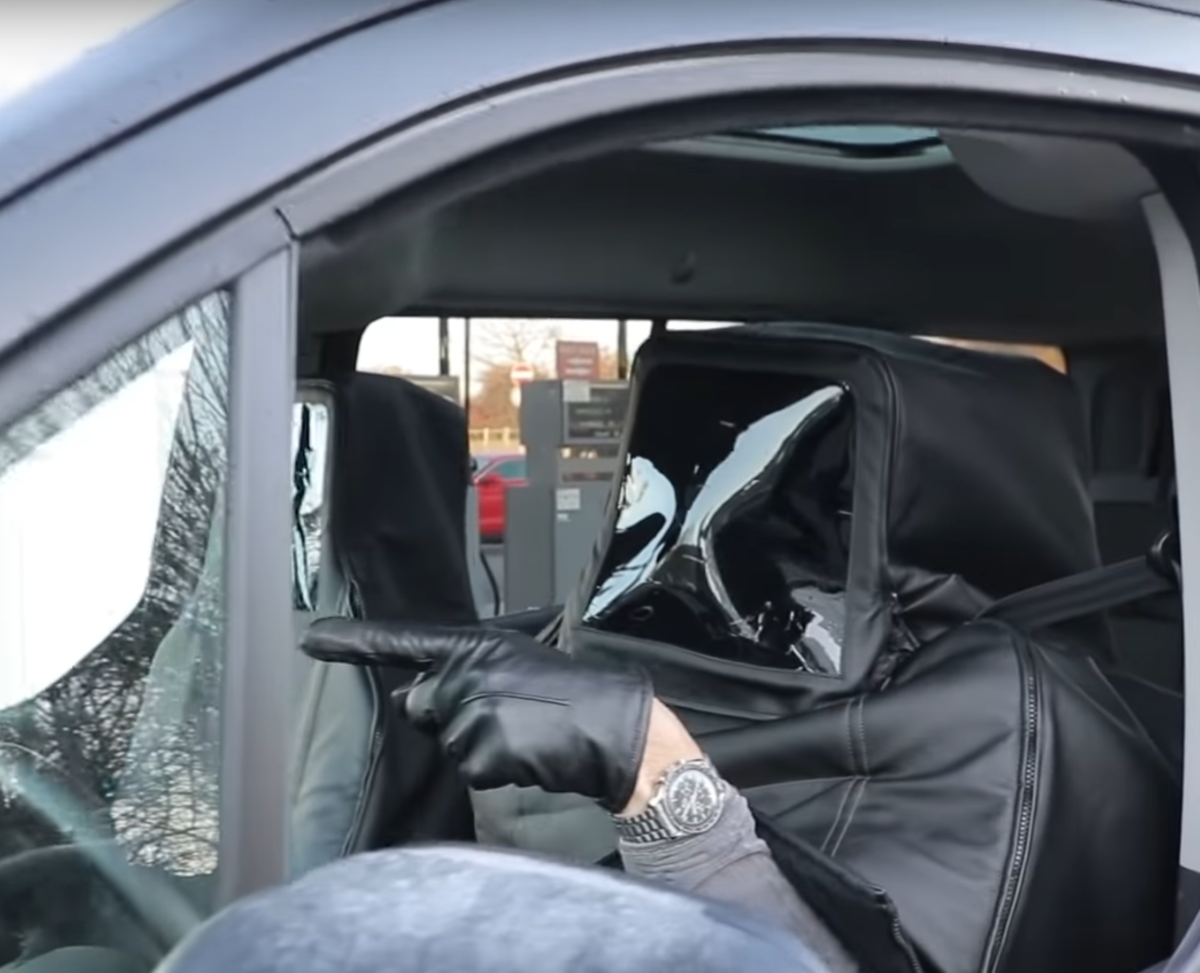 Drivers frequently use hand gestures (!), head nods and eye contact to communicate with other road users. For example, to establish that a pedestrian is crossing, that a cyclist has seen them or that they’re letting another car go first.

But how will self-driving vehicles achieve a similar degree of interaction? One idea is to use flashing lights of different colours.

To test the theory without spending a fortune on autonomous tech, Ford created the “Human Car Seat” – camouflaging a driver so the vehicle, at first glance at least, looks driverless.

According to Automotive World, 60% of people surveyed thought the Transit Connect was an autonomous vehicle and turquoise emerged as the preferred light colour.

Ford, in partnership with electronics specialist Hella, is now conducting further tests, including positioning the lights on the grille and headlamps.