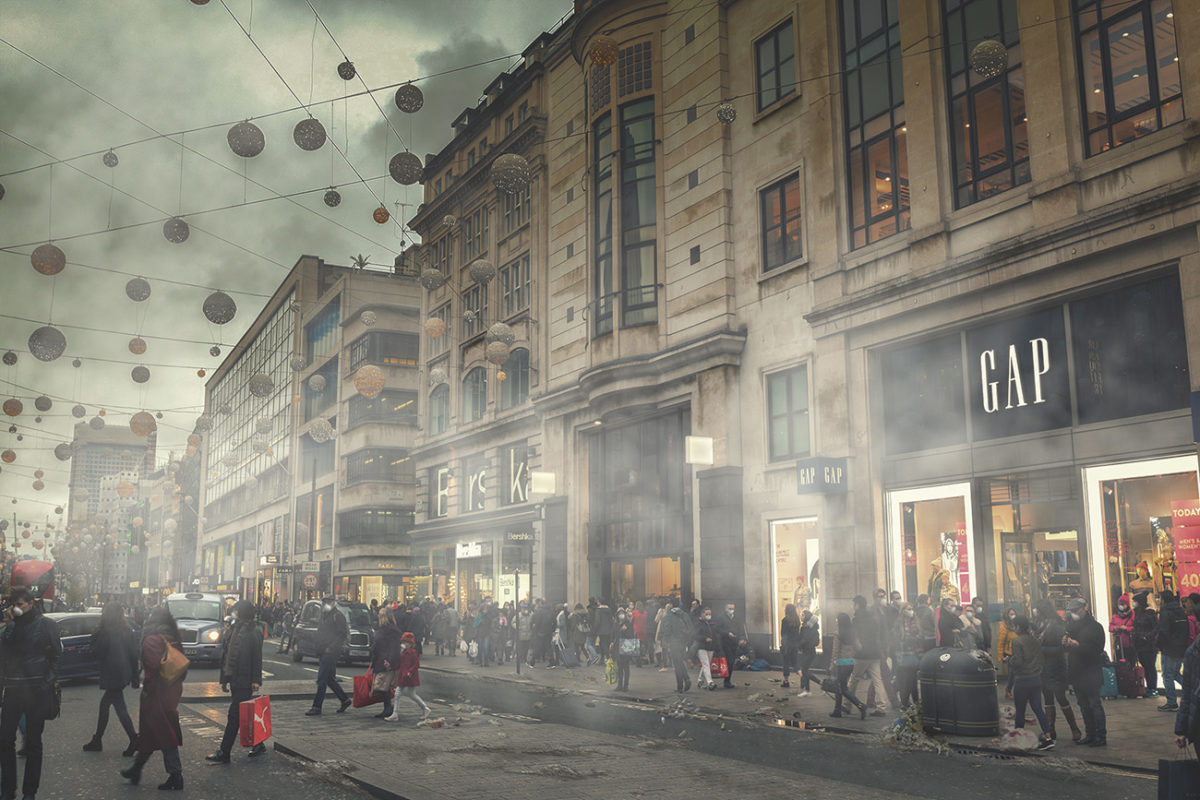 Recycling company First Mile has released this striking image of how London’s Oxford Street could look if we fail to tackle air pollution.

Two technologies being championed to avoid such a dystopian fate are electric powertrains and route optimisation programmes – both popular concepts in connected and autonomous vehicle (CAV) design.

However, new research by Adam Millard-Ball, associate professor of environmental studies at the University of California, suggests that, rather than solving the issue of congestion in city centres, self-driving cars could exacerbate the problem, creating gridlock.

“Parking prices are what get people out of their cars and on to public transit, but autonomous vehicles have no need to park at all,” he said. “They can get around paying for parking by cruising. They will have every incentive to create havoc.”

According to Interesting Engineering, his paper, The Autonomous Vehicle Problem, estimates that just 2,000 self-driving vehicles in the San Francisco area will slow traffic to less than 2mph – a nightmare scenario.

Telematics combined with smart congestion charging could conceivably negate this undesirable impact, but the study is grist to the mill for those advising stricter regulation of driverless cars.