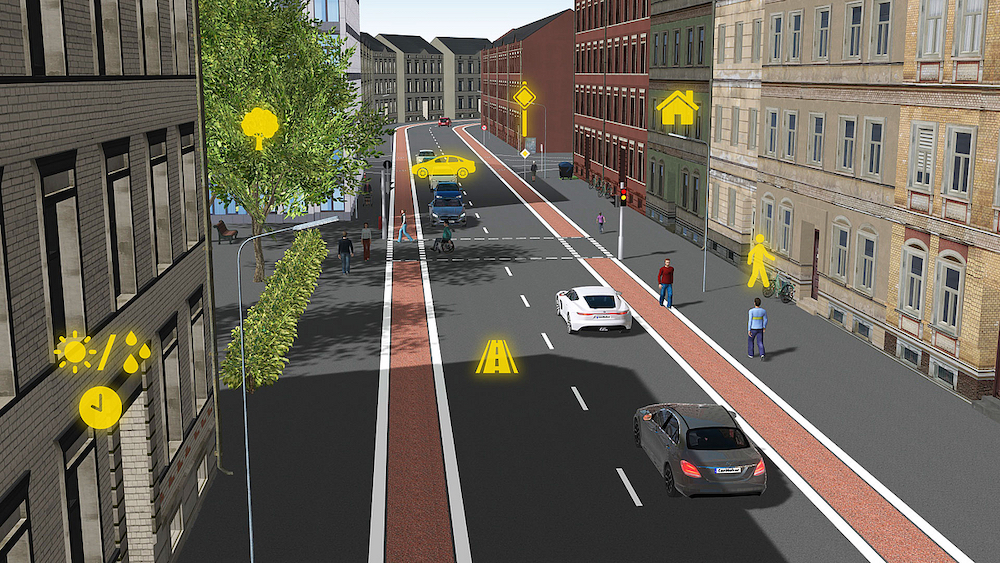 Our Zenzic CAM Creator series continues with Elliot Hemes and Will Snyder of IPG Automotive UK.

EH: “As vehicle systems become more complex and interconnected, we ensure that manufacturers can virtually test their systems in realistic traffic situations, using an approach that is quick and accurate.”

WS: “IPG Automotive started in vehicle dynamics, then advanced driver assistance (ADAS) was the next big thing, now it is autonomous vehicles (AVs). The amount of testing required to achieve true autonomy is impossible to do in the real world. I believe we will get to Level5 autonomy, but there are some big hurdles such as accounting for human drivers in other vehicles – it would be much easier if every vehicle on the road was autonomous and connected.”

EH: “We might see it first in a city environment, restricted to less than 20mph. People put up lots of reasons why full autonomy can’t happen, but a blanket statement of “it’s too hard” just isn’t good enough. You could say, for example, you can’t use the M6 Toll unless you have vehicle-to-vehicle (V2V) communications. That would enable platooning – if one vehicle brakes, they all know about it. 99% of the time, great brakes will get you out of trolley problem scenarios.”

WS: “You cannot say AVs will never crash. The question should be: are they safer than human drivers? And the answer is yes, they definitely will be. When people talk about ADAS deskilling drivers, my response is: what skills?! It is well proven that concentration is badly affected by holding a conversion with someone else in the car, let alone fiddling with the radio or holding a hands-free phone call. We all get defensive about our driving prowess, but it needs to be recognised that the bar for driving is very low. You don’t even learn how to drive on a motorway – that’s not part of the driving test, which is one reason you get so many middle lane sitters.”

EH: “At the moment none of the major vehicle manufacturers are taking the leap to level 4/5, partly because they’re worried about litigation. Once the legislation is in place you will see truck platooning very quickly because of the enormous cost savings. It will require vehicle-to-everything (V2X) and V2V communications. The current ADAS technology is great but the systems are very digital and can have issues with poor light and bad weather. It will improve over time.”

WS: “We could even skip Level 3 as it is safer to move straight to Level4. In my opinion, the driver needs to be either active or not – expecting them to retake control in time in an emergency situation is just not realistic.”

EH: “Over the next decade you will see the gradual adoption of ADAS technologies. Adaptive cruise control (ACC) will become standard and that will avert so many crashes, particularly rear-end shunts. It doesn’t take away from the driver, it just intervenes. However, there is a concern about the performance of these systems in low light conditions – we need much more focus on the edge cases.

“OEMs engineer to perfect Euro NCAP test conditions. In the real world, what happens if the sun is low in the sky, or the pedestrian steps out more quickly? You cannot practically test these kinds of things on a track, which is why you have simulations. You can study that edge case over and over. We’ve had customers ask us to recreate exactly the same environment as the test track, including noise that’s nothing to do with the question in hand. Our advice is not to try to simulate the real world – design the simulation to study exactly the question you want to answer.

“In this way simulation can be better than the real world. Say, for example, you want to test a pedestrian Autonomous Emergency Braking (AEB) function in the early stage of development. You just want to know if, in the CarMaker environment, it performs the right output – applying enough braking to stop before it hits the dummy pedestrian. The next step is to put that software into an ECU. You can do all that with hardware-in-the-loop testing, improving the capability step-by-step without building a prototype vehicle or driving billions of real-world miles.

“Further still, under heavy braking, the front camera might well point to the floor, maybe the car might start to drift. You can do all that in simulation, to prove that your algorithms hold up and the car does what you think it will do.”

WS: “Another problem with running prototype vehicles on test tracks is that you spend an awful lot of time fixing thousands of other small faults before you get on with what you’re supposed to be testing. We can get all these edge cases done before you get to the test track. By using simulations you get so much more out of the valuable test track time.”

EH: “The ‘systems engineering V’ has all the theoretical stuff on the left, then hardware on the right and validation at the top. Ideally we’ll get to the stage where only validation happens in the physical world. Until the homologation and certification authorities are able to accept simulation results you can’t do enough testing to get AVs on the road. That’s why it is such a vital part of the Zenzic CAM Roadmap.”