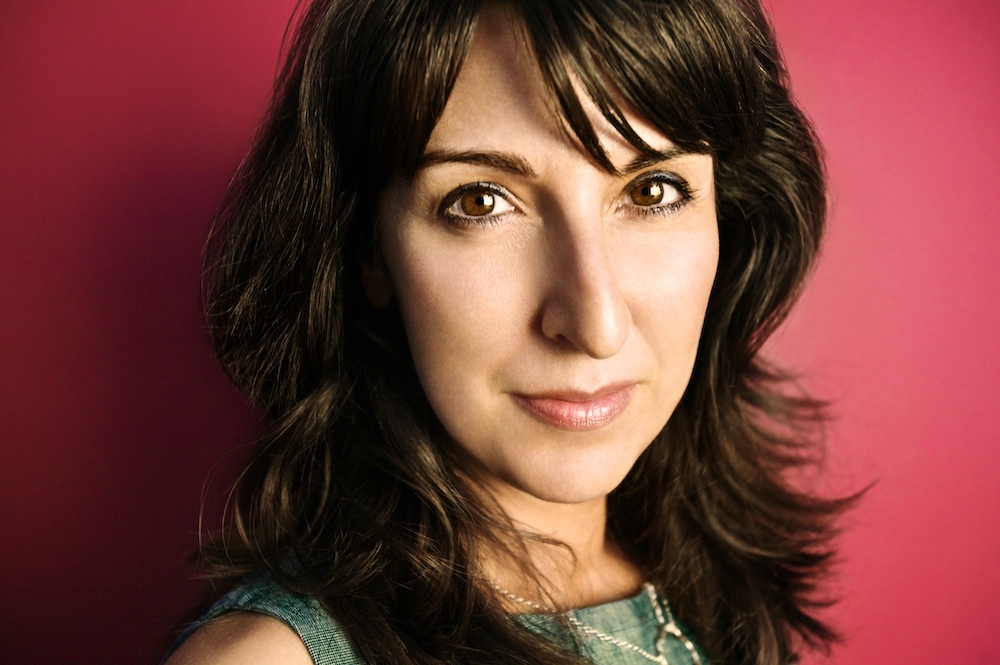 Inma Martinez, author of new book The Future of the Automotive Industry, on self-driving and connected cars

Described by Time magazine as “One of the best talents in human digital behaviour”, Inma Martinez advises business leaders and governments (including the UK’s Department of Culture, Media and Sport) on AI and digitisation. She’s just written a book called The Future of the Automotive Industry, so obviously we had to ask her about driverless cars.

How did you come to specialise in automotive?

IM: “I first got involved in the auto industry in the early 2000s, when BMW recognised that they had to attract female drivers and buyers. We made a series of short films with directors including Ridley Scott and John Woo, starring Clive Owen as The Driver. Guy Ritchie’s had Madonna in it. In those days, I was working as a human factors scientist, looking at how humans use technology.

“Previously, I had been a telecoms engineer specialising in internet protocols. Then, because Nokia bought two of my start-ups, I landed in their innovations department. Together with Intel, we came to the realisation that telecommunications companies had to create alliances with auto manufacturers for vehicle to everything (V2X) and vehicle to infrastructure (V2I) communications.

“I worked for Volkswagen Group designing cars with AI and met Mark Gallagher and all the Formula One crowd. I thought: I have to write about the future of this industry, because in the next five to ten years it will not look anything like today – the massive influence of the Internet of Things (IoT) and AI, sustainability and the green economy. I wrote the book during the pandemic and it came out in June.”

Setting EVs aside, how do you view the autonomous side of things?

IM: “I love the topic, firstly because it needs so much definition. People interchange ‘autonomous’ with ‘self-driving’, but they’re separate things. Unfortunately, the media is not very sophisticated in talking about that.

“For me, it’s something that’s been happening for 15 or 20 years, initially because the industry was pressed to improve safety. You got level one autonomous features, like cruise control and parking assistance, making things easier and safer. Now we’re at level three, and no one understands what on earth is going on!

“I hate it when Tesla put out press releases claiming full self-driving. The PR houses are doing a disservice to the industry because they’re confusing people. I delved into this for the book and came up to the conclusion that we’re not going to see autonomous cars until the regulation is ready for them.

“The European Union put out a good first attempt to define self-driving in 2019, and Japan has changed a lot of its traffic laws to allow Honda to start putting level three cars on the road.

“This will only happen when the legal framework is defined. Otherwise, you have the massive legal issue of who’s at fault in a crash. There’s got to be an effort in the industry to help create these legal frameworks, and I don’t think it’s too complicated.

“The way I see it, we need to differentiate an autonomous car – a level five car which can do literally everything by itself – from self-driving cars which can drive and brake and accelerate and have situational awareness, but which can’t operate constantly by themselves and still need the driver to keep their eyes on the road.”

Proposed changes to the Highway Code talk of drivers not having to pay attention anymore. Is there a danger that regulators could jump the gun?

IM: “That is frightening. You can’t put vehicles on the road driving themselves with just computer vision, you need V2X, roadside units (RSUs), Vehicular Ad Hoc Networks (VANETs) – all the beacons that make roads smart. You need 5G infrastructure, so the car is actually guided by connectedness. This has to do with urban planning and smart cities, not with the automotive industry per se.

“The point is not just whether can we make cars autonomous, it is whether we can make them street smart. The way people drive is different in every country. In Rome, people brake all the time. In Kuala Lumpur, there are mopeds everywhere. So, the car of the future is going to have to be adaptive – the AI, computer vision, all the settings will be different depending on where it is.

“There’s a wonderful thesis that asks whether people are born street smart or whether they get it when they move to a big city. I began to think about autonomous cars driving around big urban centres – they’re going to have to get the pulse of how you drive in a certain city. We need to train the system to learn how to integrate itself.

“We’ve only just begun to consider what autonomous is, and we need to have a bold vision as to what it should be. In my view, we need to make cars smart, not just autonomous.”

What are the main risks in the shift to self-driving?

IM: “We need a legal framework. We need integration into the smart city infrastructure, including telecommunications. We also need definitions.

“Cars look fabulous at the Geneva Motor Show, but nobody talks about them in contexts. Should there be designated lanes for hands-free driving? How are we going to deal with a car parc that is not all digital, that still has a lot of older vehicles?

“Automotive is one of the hardest industries to create innovation because you have the pressure of safety, safety, safety at all costs. For example, nobody’s working on voice commands anymore because it turned out they were a distraction, a nuisance.”

Can you address the challenges specific to the UK?

IM: “Yes – your road network. In the UK you have a lot of 60mph rural roads where you can barely see what’s coming. I drive in Somerset and holy cow! It’s only because humans drive in such a super intuitive way that there aren’t more crashes.

“Perhaps it’s also because your driving test is so rigorous. I did my test at school in a small town in Pennsylvania. The police would make you drive around the car park and give you your licence. That was it.

“Then you have London, which is like no other city. It is a Dickensian city with 21st century vehicles running through it. It is a costly challenge to test smart road infrastructure without creating congestion. Where are the budgets going to come from?”

IM: “I was speaking to a board member at Volkswagen recently and he said that one of the revelations of the pandemic was that it motivated people to own a car, rather than use public transport, for health and safety reasons, and a certain level of freedom and privacy. People have conversations when driving that they wouldn’t have on a train.

“It is also worth highlighting the prospect of the automotive industry partnering with healthcare companies on predictive medicine – keeping track of your vital biometrics to help detect serious diseases. If you’re going to be sitting in this highly technical environment for two hours a day, data such as the way you check your mirrors can reveal early symptoms of things like Alzheimer’s.

“Connected cars will add another layer of personal profiling and data authentication. Digital fingerprinting companies will be able to see that it’s me on my usual route, doing what I normally do. The cybersecurity will have to be very strong though. Imagine somebody hacking into the traffic management system of a future city – that’d be the ultimate hack.”

And on that very Italian Job note, our time is up. Inma Martinez’s book The Future of the Automotive Industry is out now, or visit inmamartinez.io