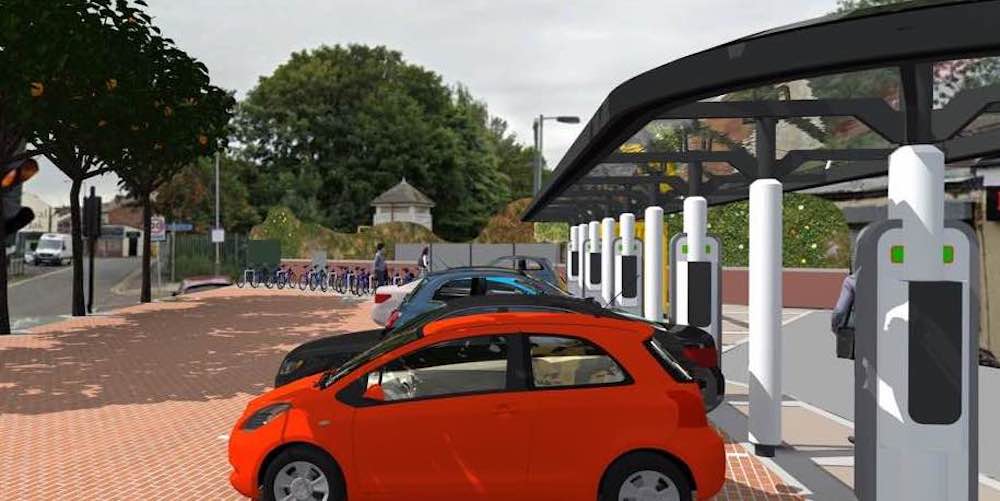 CGA’s simulations train autonomous vehicles to deal with environments specific to the UK.

JW: “My background is gaming. I used to work for the company that did Wipeout and F1 games. We made a racing game called Space Ribbon and one day, about five years ago, we got a call from The Department for Transport (DfT). They were doing a research project on virtual reality (VR) in the testing and training of drivers, specifically hazard awareness.

“We turned it into a game and it worked – people said their attitudes changed as a result of our simulations. The hardest scenario came early in the game – a parked lorry with a big blind spot – and a lot of people crashed. VR feels so visceral, the experience can be quite vivid and shocking. Of course, smarter cars will hopefully fix these types of situations.”

To pursue this goal, CGA received a grant from Innovate UK to create an artificial learning environment for autonomous driving (ALEAD).

JW: “The aim was to make these cars safer and we stayed true to our computer game history. We didn’t have the resources to lidar scan the whole area, so we did our own thing using mapping data. We made a digital twin of Conwy in north Wales and unlike other simulations we kept all the ‘noise’ in – things like rain. This was important because it is now well-understood that noise is a big challenge for autonomous vehicles (AVs).

“Modern autonomous driving stacks have 20 different subsystems and we generally focus on only one or two, to do with perception. There’s been massive progress in this area over recent years, to the extent that artificial intelligence (AI) can identify an individual by their gait. What’s more, you can now do this on a computer you can put in a car – this is one of the cornerstones of driverless.

“It’s not the first time people have been excited about AI. In the 50s they were saying it was only a few years away. It has taken much longer than people thought, but major problems have now been solved.

“We are lucky to have one of the world’s leading experts in radar on our doorstep, Professor Jason Ralph of The University of Liverpool, and he helped us develop the simulation. You have to feed the car’s brain, a computer, all the information it will need – from sensors, cameras, GNSS – and you can do all that in the software.”

MZ: “In particular, The University of Liverpool were interested in how weather affects things, right down to different types of rain and mist. In California, if an AV encounters conditions it can’t handle, like heavy rain, it pulls to the side of the road. That’s ok for San Francisco but not for Manchester!

“A few years ago, everyone seemed to be using the example of an AV encountering a kangaroo. How would it cope? The point is you can use our simulations to train cars, to create algorithm antibodies for once in a lifetime events and regular things in different environments. That remains an essential part of what’s needed to make AVs a reality.

“We picked Conwy partly because it has very different patterns of land use to America. An early use case for AVs is predicted to be taxis, but in the UK these are most frequently used by people who don’t own their own car, and they often live in high density housing or narrow streets. The operational design domains (ODDs) are going to have to deal with environments specific to this country – steep hills, roads which twist and turn, and changeable weather.”

Wetherall and Zadow’s latest collaboration is Mobility Mapper, a project to create greener and more intelligently designed transport hubs. The technology underpinning Mobility Mapper has been used previously by the team to model Covid 19 spread, autonomous vehicle technology and by the Liverpool 5G Create project (funded by DCMS as part of their 5G Testbeds and Trials Programme).

JW: “E-hubs are basically an extension of what used to be called transport hubs – train or bus stations. They’ll provide charging facilities and access to different modes of transport, for example, you can drop off an e-scooter and hop into a shared autonomous car.

“Here in Liverpool, there was a big trial of e-scooters, big in international terms not just UK. The worry was that a lot of them would end up in the canal, but that didn’t happen. The trial was incredibly successful. It’s all about linking that movement and nudging people away from car ownership.”

MZ: “We were already thinking about how Jon’s technology could be used for mobility as a service (MAAS) when we attended a virtual future transport conference in LA with the Centre for Connected and Autonomous Vehicles (CCAV).

“That was an influence, as was an Intelligent Transportation Systems (ITS) trade show in Copenhagen, where we saw an autonomous tram system designed to take bicycles. It was a small step from there to imagining autonomous trams carrying autonomous delivery pods.

“This is classic smart city stuff but you need to know how these e-hubs are likely to be used, with no track record, nothing to go on. We need simulated environments to make best guesses in. That’s Mobility Mapper.”

JW: “It is early days, still in the development phase, but the authorities in both Manchester and Liverpool have agreed there’s a need for such a predictive simulation tool.”

As we wrap-up a thoroughly enjoyable interview, Max dons his Director of Digital Creativity in Disability hat: “Autonomous delivery bots are basically electric wheelchairs without a person, so there’s clearly a potential benefit, but there needs to less wishcasting and more real work on how accessibility will be affected.”