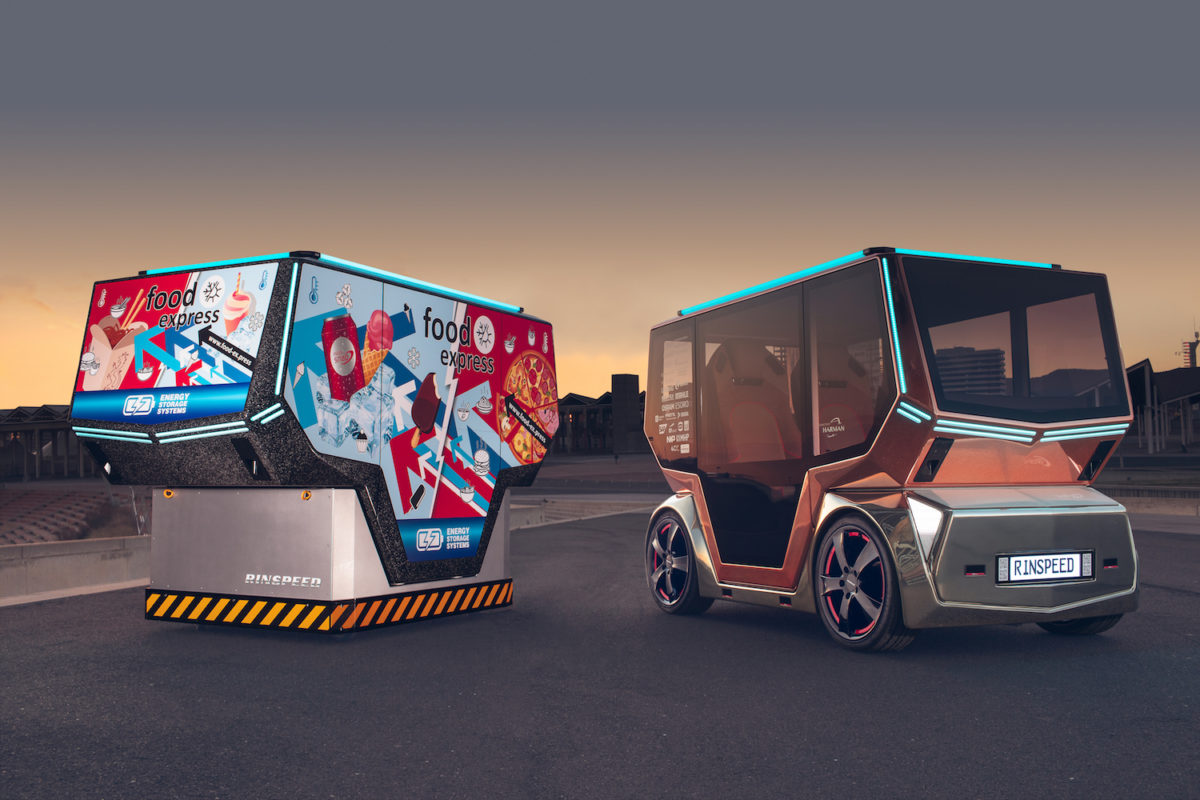 Here’s our round-up of some of the more interesting and lesser reported self-driving stories from this month’s Consumer Electronics Show (CES) in Las Vegas:

First, there was the hoo-ha over a Promobot being run over by a Tesla Model S. While the Washington Post described the incident as “a bit of embarrassment for Tesla”, Electrek suggested it was a PR stunt – they published a video of it here so you can make up your own minds.

Another one at the quirky end of the spectrum was the photographer claiming damage to his Sony camera after taking a shot of a lidar system. The BBC carried the story under the headline “Driverless car laser ruined camera”.

In more positive news, Aptiv offered enjoyable trips along the strip in its autonomous BMWs. The Inquirer’s journalist described the experience as “delightfully boring”.

Two of the most futuristic vehicles on show were Bosch’s IoT Shuttle and Rinspeed’s MicroSNAP (pictured above). The latter features a “skateboard” chassis and “pod” bodies that can be swapped at an automated robot station.

In terms of notable new partnerships, Ordnance Survey announced that its datasets will be combined with Mobileye’s car-mounted camera-based mapping to identify the locations of things like lampposts and manhole covers.

Perhaps the most important news concerned the announcement of PAVE – Partners for Automated Vehicle Education – a group of interested parties including vehicle manufacturers (Daimler, GM, Toyota and VW), tech companies (Waymo, Intel and NVIDIA) and other big hitters like SAE International, the National Federation of the Blind and the National Council on Aging.

Their mission is to “inform the public about automated vehicles and their potential so everyone can fully participate in shaping the future of transportation.”

That all sounds great but it surely raises the possibility of confusion with the UK’s PAVE – People in Autonomous Vehicles in Urban Environments – a consortium including Race, Siemens, Amey, Oxbotica and Westbourne which is in receipt of government funding via the Centre for Connected and Autonomous Vehicles (CCAV).