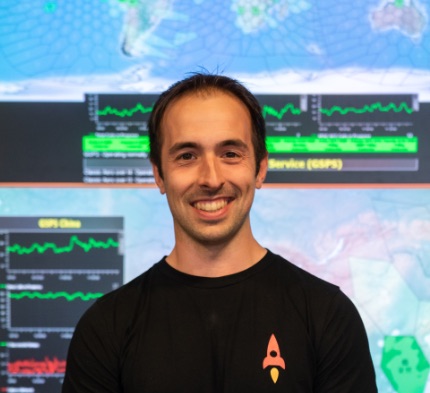 Our Zenzic CAM Creator series continues with the Co-Founder and CEO of Xona Space, Brian Manning.

Compared to the familiar British reserve, California-based Xona Space is from a different planet. This self-declared “group of space ninjas, engineers, GPS nerds, motorcycle racers and adventurers” has helped to put over 50 vehicles in space and published over 50 scientific papers on navigation technology. That’s handy because today’s sat navs are creaking under the sky high requirements of self-driving cars. Brian Manning says his company’s new Pulsar positioning, navigation and timing (PNT) service will provide the necessary security, availability and accuracy.

BM: “We’re primarily working on new generation GPS from Low Earth Orbit (LEO) – something much more secure, precise and resilient. It will sure-up a lot of issues. GPS has been phenomenal, it has given a lot of value for a long time, but people are now trying to use it for applications it wasn’t designed for. It’s tough to get where you’re going when you don’t know where you are.”

A reference perhaps to the GPS spoofing incident at the 2019 Geneva Motor Show, when cars from a host of manufacturers displayed their location as Buckingham, England, in 2036! Apparently Americans also do sarcasm now. We swiftly move on to realistic timescales for the SAE levels of driving automation.

BM: “Ubiquitos Level5 is probably still far off, but personally I think we’ll start seeing deployments in contained environments within five years. I came from SpaceX so I know that with the right team you can get an amazing amount done in a very short time. A big part of Xona’s focus is to get Level5 tech out of the contained environments and also to work in bad weather and more rural environments, where current systems struggle. Rather than which sectors will be early adopters, I look more geographically – to highways with autonomous lanes. That said, it will probably be more on the freight side first because there’s more safety standards involved when you have passengers on board.”

We were wondering which might come first, Level5 or a winner in the Presidential election, but that’s all sorted now, isn’t it?